The Battle of Oriskany Set, by Jack Weeks, Ben Hoffman, and Rick Lorenzen 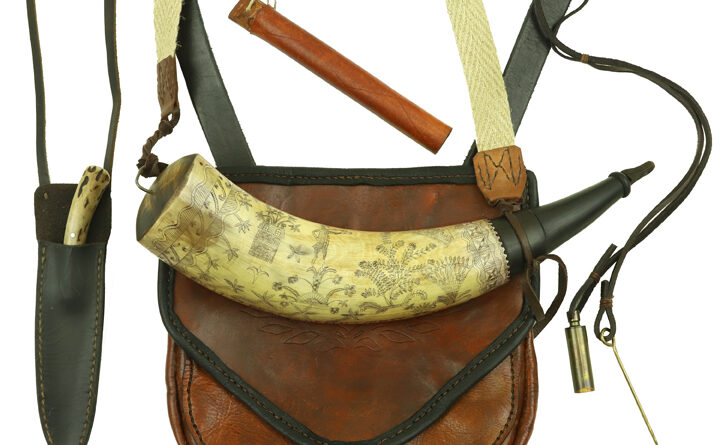 The Battle of Oriskany Set, by Jack Weeks, Ben Hoffman, and Rick Lorenzen

Reliable auction supporter Jack Weeks organized a trio of talented artists to create a stunning black powder rig that pays homage to the Patriot heroes who fought at the Battle of Oriskany in 1777. The battle, which took place in New York’s Mohawk Valley, was largely waged by the region’s German settlers and Native inhabitants.

Lorenzen’s powder horn captures the spirit of those Patriots. The piece is inspired by an original horn made by Frietrich Leppert, who served in New York’s Tryon County Militia. This large 13-inch-long horn sports a black spout and a mellow, aged patina. The surface of the horn sports engraving inspired by Germanic folk art, as well as depictions of a Georgian home and a gentleman smoking a pipe. The horn also carries an engraved German version of Psalm 77:2: “But I said; I must endure this. The right hand of the highest can change everything.”

Week’s bag is the creation of an experienced craftsman. This sturdy cowhide bag measures nine inches square, is trimmed in black pigskin, and exhibits subdued floral tooling. As protection from the elements, the leather was dressed with beeswax and bear oil. The gusseted main pocket is large enough to hold tools, extra ammunition, and a small food sack. Just under the flap is an open pocket for ammunition, permitting rapid reloading. The set includes a few extras: a leather ball tube, a brass vent pick, and a powder measure.

Ohio blacksmith Ben Hoffman contributed one of his renowned hand-forged knives. Hoffman forged this blade, which is patterned after 18th century originals, from steel salvaged from an antique crosscut saw. The blade was triple-tempered and fitted into an aged deer antler handle. The cowhide neck sheath is hand sewn with linen thread and dyed a period-correct black. 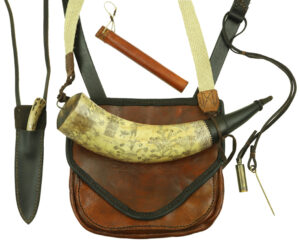 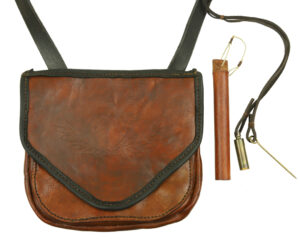 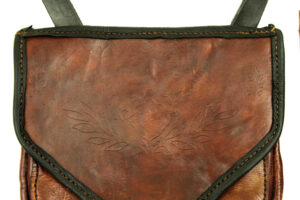 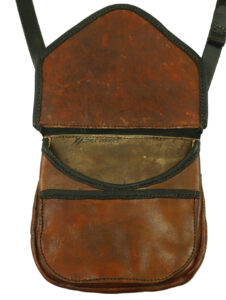 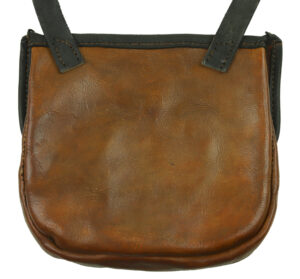 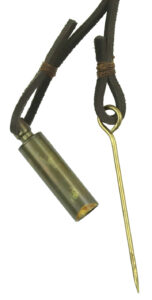 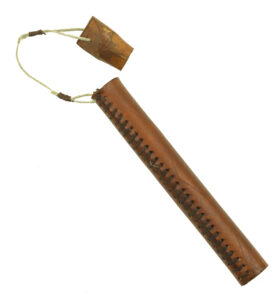 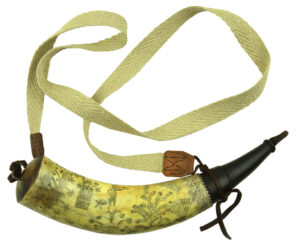 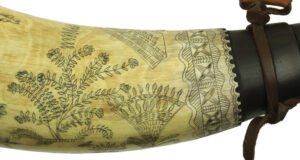 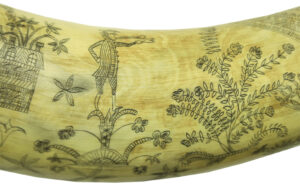 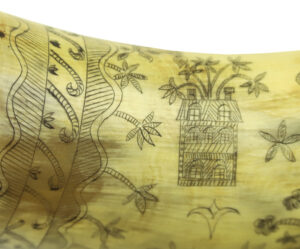 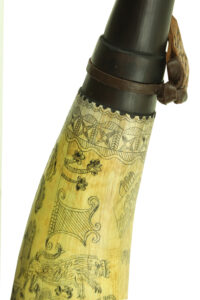