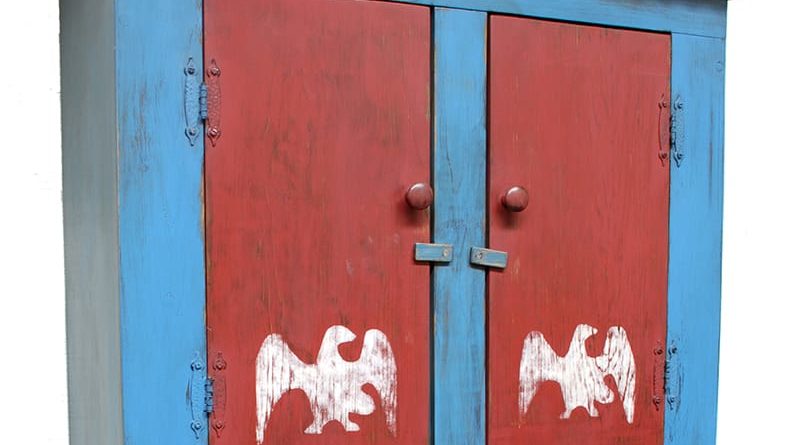 by Heinz Ahlers with photography by Gordon Barlow

Among the tribes of the eastern woodlands, few symbols could be as potent as the ball headed war club. Missionary John Heckewelder, who spent a lifetime on the frontiers of Pennsylvania and Ohio, explained that When the Indians have determined to take revenge they would leave a carved war club at the site of an ambush. It was a stark tribal message that many Europeans failed to grasp, but which native warriors intuitively understood. This war club is purposefully left that the enemy may know to what nation the act is to be ascribed, observed Heckewelder, or, in other words, war will be forthwith declared against them.

In one of the most unique offerings of this years CLA fundraising auction, artist Gordon Barlow has crafted an exceptional reproduction of an 18th century ball headed war club. Carved from ash and measuring 3 thick and 18 long, this fearsome club is sure to become an heirloom work of art. The ball itself is gripped by the open mouth of a snake, a traditional tribal motif. To the Native American, explains the artist, the serpent is symbolic of immortality. Barlows finishing techniques imparted the piece with subtle aging that renders it nearly indistinguishable from surviving originals. The snake itself is fitted with glass eyes, and using a mixture of stains and paint, the artist achieved a color scheme straight from the 18th century.

An accomplished woodworker, Barlow remains a driving force within the CLA, an organization that he helped form in 1996. Bidders at this years auction will not only have the opportunity to take home a remarkable work of art from a CLA artist, but a museum-quality reproduction from one of the pivotal figures in the preservation of traditional frontier arts.