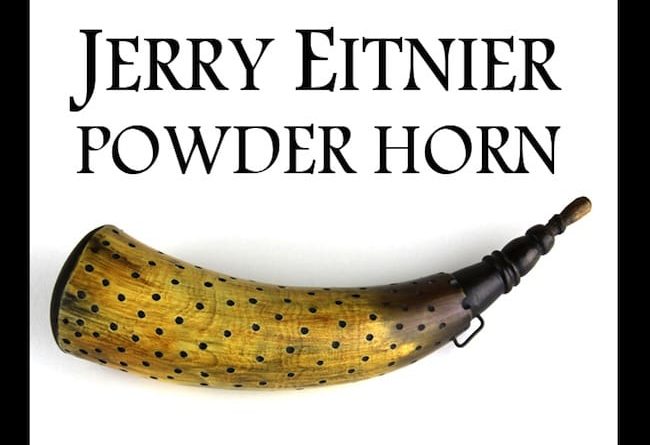 Indiana gunmaker, Jerry Eitnier has been involved in the sport of muzzleloading for more than 40 years. He joined the National Muzzle Loading Association in 1973, and later became a charter member of the Contemporary Longrifle Association in 1991.

In 1987 he built his first longrifle. Influenced by Hershel House’s work, he builds guns as he terms them in the style of “the Hershel House Woodbury School” with iron mounted guns being his specialty. Jerry wryly comments, “Sometimes I work on the far side of this school. Some of my work is a little different.”

He has studied under some of the most noteworthy artists in the field, taking five years of classes at the Annual Traditional Arts and Arms Making Workshops at Conner Prairie Living History Museum in Fishers, IN. There he was taught by gunmakers Hershel House, John Schippers, Mark Silver and blacksmith Melvin Lytton and others. Additionally, he’s had the opportunity to work with Frank House down in southern Illinois. Jerry is quick to credit others for his success, “Most of what little I know I learned by doing but so many people have helped me along the way and I can’t thank them enough.” Today, besides building firearms he has broadened his talents into the arts of blacksmithing, crafting knives and making powder horns.

The American powder horn can range from a simple homemade product with a cut off tip and a pine plugged butt to professionally made elegant carved map horns with screw tips and finely carved hardwood butts. Most are somewhere in between. Often the frontier horn picked up some simple scrimshaw when its owner sought to brighten and personalize his gear. These folk art horns are still popular today. It is an interesting contemporary challenge to try to match the appropriate style horn to the rifle.

This horn is a folk art horn, with the air of being homemade, and carried by the maker. The spotted pattern suggests a Native American provenance. Perhaps one like it was carried by one of Andrew Jackson’s Cherokee scouts during the Creek War and War of 1812. This horn would really pair well with a simple bag and a mountain rifle.

Like all of Jerry’s products this horn has an air of utility, frontier charm, and a sense of ruggedness, meant for long use.