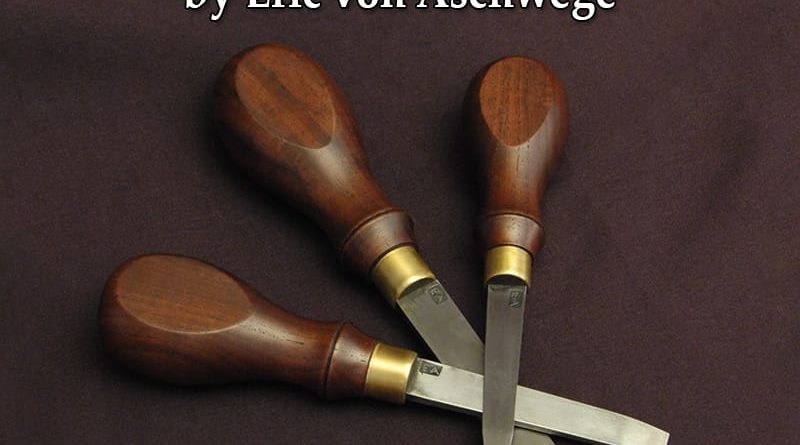 Eric von Aschwege is one of the CLA’s best young gunsmiths. Eric is in his early 30s but he has been building since he was 18. Best known for his gun building, Eric began a new step in his career this year, joining the staff of the Colonial Williamsburg Gunsmith Shop as an Apprentice gunsmith. Eric had earlier volunteered to donate a rifle to the Foundation 2016 Auction, but was delayed in the transition from working in his own shop to Colonial Williamsburg.

The Gunsmith Shop at Colonial Williamsburg is donating this set of three 18th-century English style turnscrews for use in your traditional gunshop. Entirely made in the Colonial Williamsburg gunshop by Eric von Aschwege, the blades are forged from 1084, with traditional brass ferrules, and handles of walnut turned on a treadle lathe. The tips are honed thin to slip into any fine screw slot. Each turnscrew bears Ericc touchmark

If you do not already know Eric, I recommend visiting Eric’s website to get a feel for his talent and his dedication to authenticity.

Eric von Aschwege may be contacted via email at helms_down@hotmail.com, or you can visit his website at http://www.neahkahnieflintlocks.com.